Easter is quickly approaching and it’s such a fun holiday to entertain! It’s right in that sweet spot where Thanksgiving and Christmas have happened long enough ago that you're actually excited to get all of the China back out. And it’s the last holiday to host your friends and family indoors with a full menu and table before the slew of bbq holidays hit. Which we’re also very excited about! But we’ll save that for later…

This year we wanted to take the Easter staple and upgrade it to shine as the true centerpiece it should be! But no need to worry we’re not getting crazy over here. We simply whipped up our own glaze with MiaBella Traditional Balsamic Vinegar and forwent that packet that comes with the store bought ham.

This recipe is great for several reasons (1) It’s a simple and quick one, (2) It takes 1 bottle of beer, which means you have 5 left, and (3) You really are just dressing up a fully cooked grocery store ham which means it’s very easy, did we say that one already?

When it comes to choosing your ham we opt for bone in butt hams and it has to do with fat. Although a boneless ham seems easier as far as serving your guests it’s also easier to dry out. Hams that are bone in will have more fat and are more flavorful than their boneless counterparts.

Whole hams contain both the butt ham and the shank ham cut from the leg of the pig. A shank will typically have less fat but simultaneously be less meaty and can be more difficult to carve. The butt cut will have more meat more fat and be easier to cut around the bone. It’s like Chris Traeger says “I don’t know if you’ve noticed, but things with fat in them taste WAY better than things with no fat.” So when in doubt go with the fat.

As for warming your ham simply follow the instructions that come with the ham. We always cover our ham in foil as well to get the heat to spread evenly and prevent it from drying out. Once the ham is about halfway through it’s cooking time simply spoon on the glaze and continue baking the ham, occasionally basting the ham with the dripping in the roaster to achieve maximum flavor. 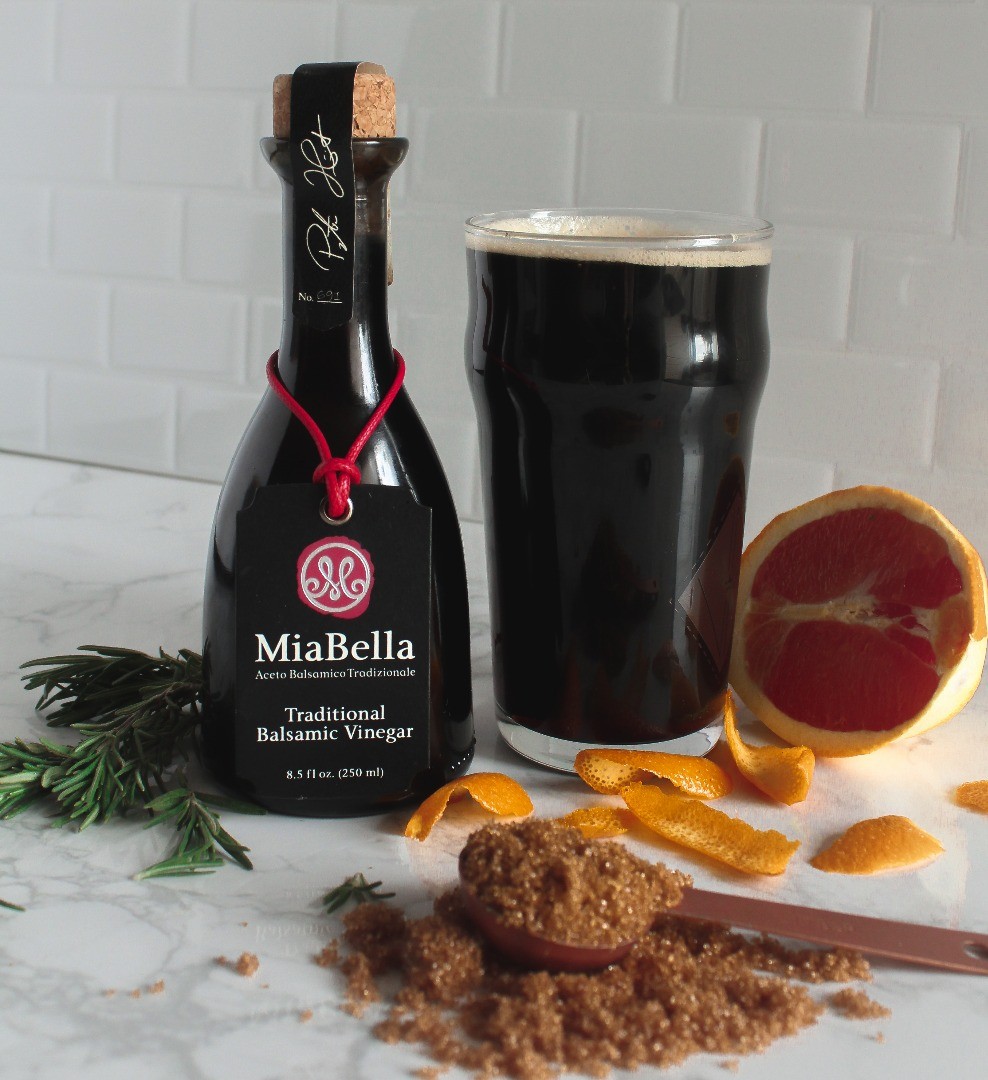 Add MiaBella balsamic, beer, and brown sugar to pot over medium high heat and bring to a boil. We recommend starting with 2 tablespoons of brown sugar and seeing if you need the third depending on your taste. If your glaze starts to over boil remove from heat till it subsides. Unlike other liquids stirring the beer concoction does not put the boiling down.
Once you reach a boil, lower the heat and simmer the glaze for 15 minutes. During this time you can add the additional brown sugar if necessary.
Add orange peel and rosemary to glaze and allow to sit in the pot for about 2 minutes. The flavor takes on very quickly.
Remove from heat. Remove the peels and rosemary and discard.
You’re ready to spoon your glaze on your ham! Occasionally baste the ham with the glaze drippings from the bottom of the pan. 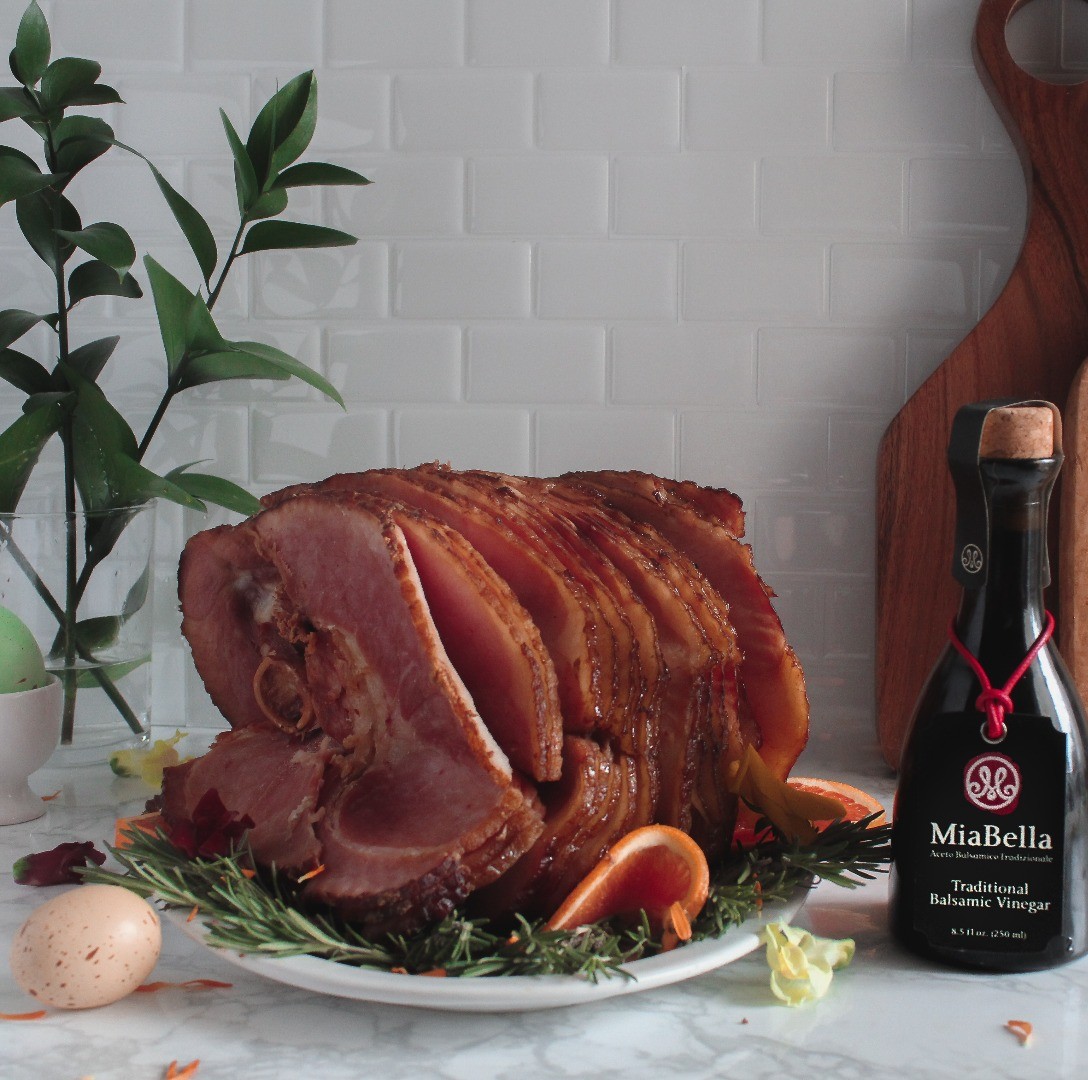 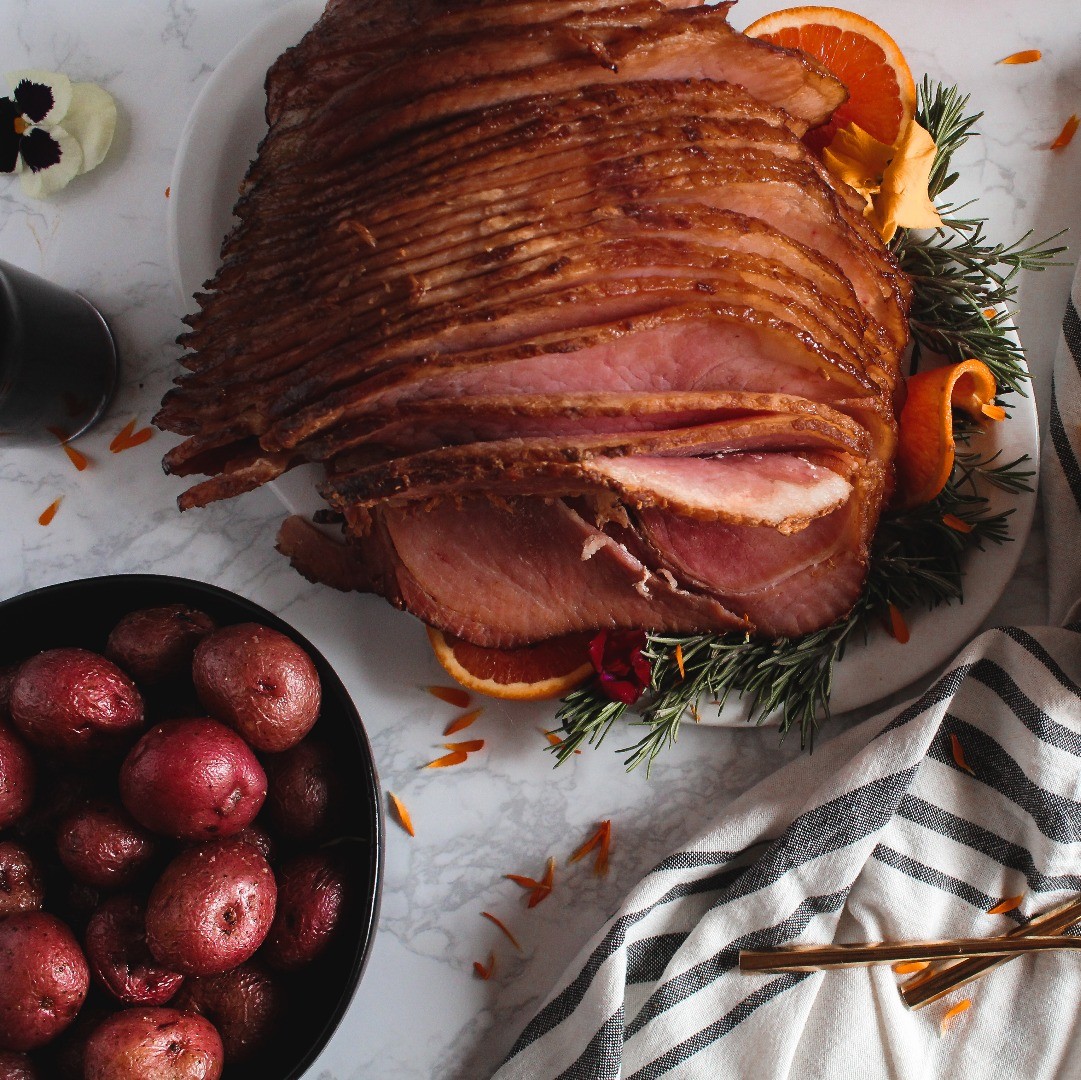 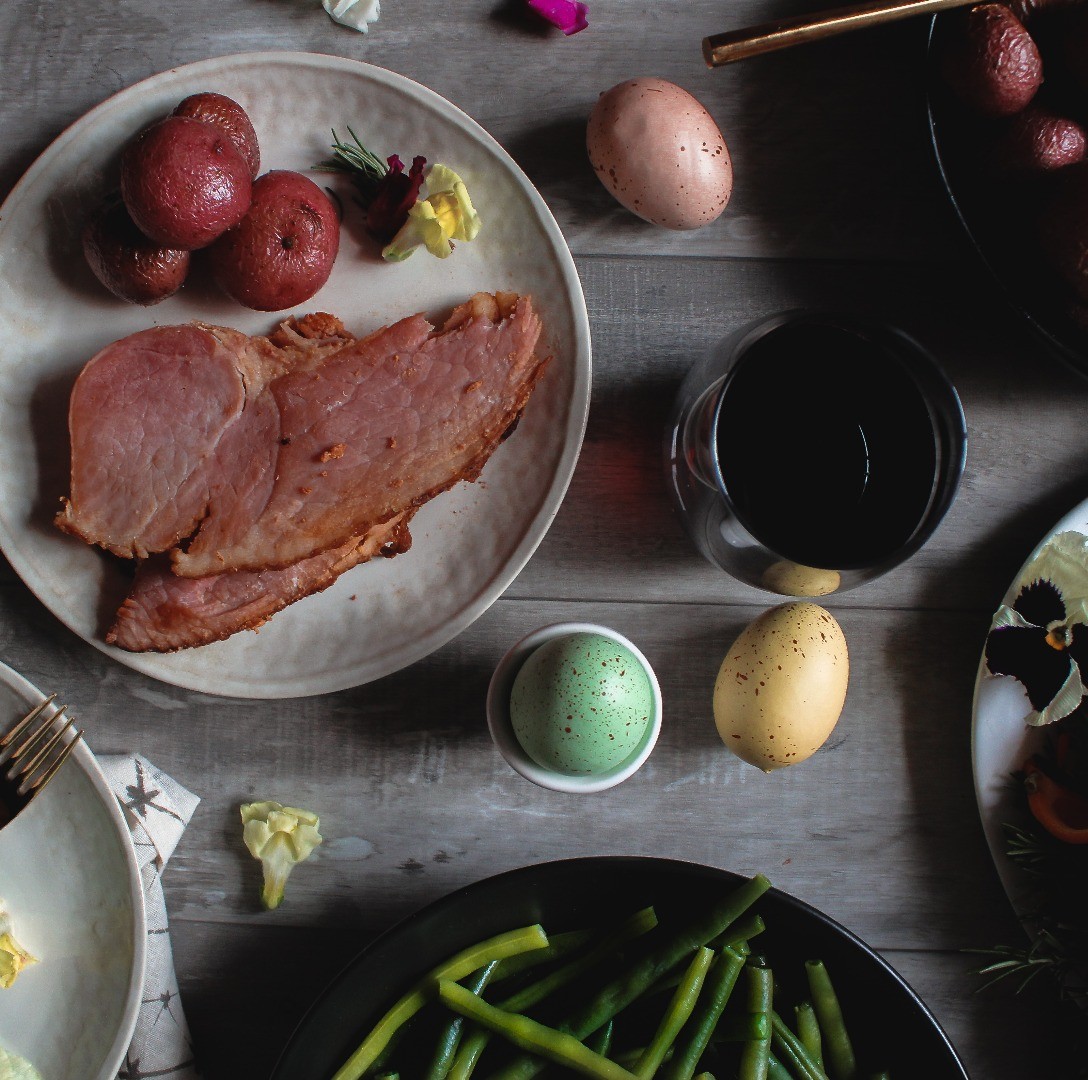